Add to wishlistAdded to wishlistRemoved from wishlist 0
Add to compare
9.2/10 (Expert Score)
Product is rated as #1 in category Wired Headphones
In general, the Bose QC35 II is the same Bose QC35, but with a cleaner bass sound, slightly improved active noise reduction and support for Google Assistant. Nothing else has changed in the headphones, and probably this is for the better. Of course, I would like the Bose QC35 II to support LDAC, aptX and aptXHD codecs for transmitting sound with the highest quality, but this is not. Nevertheless, I can safely say that these are some of the best wireless full-size headphones with active noise reduction. But as for the price tag - it’s a bit tall in my opinion, but if you can afford to pay $ 350 for wireless headphones, then why not treat yourself? Once again I note that the headphones are very convenient and they will be indispensable for using them on trips.
Design
8
Sound
9
Price
8.5
Connectivity
8.5
Battery
8.5
PROS:
CONS: 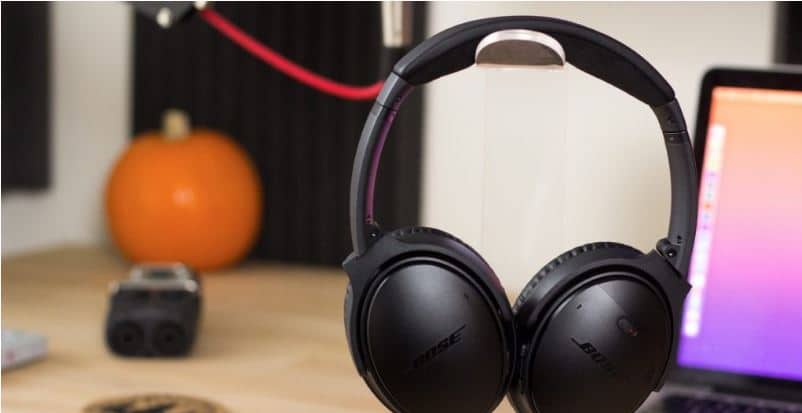 We already wrote a review on the Bose QC35 model, now we will listen to its improved version of the Bose QC35 II and find out how much it differs from its ancestor. A small spoiler – a hardware button for calling the voice assistant has been added, which activates the Google Assistant. 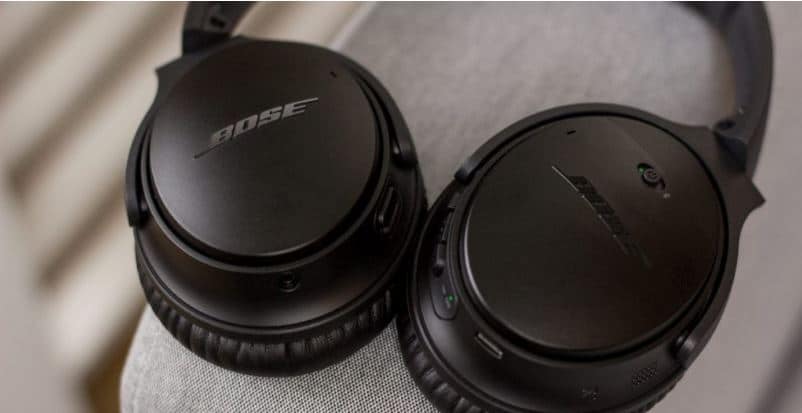 In a bright box, you will find a hard case for transportation, in which the headphones are.

The manufacturer recommends installing the proprietary Bose Connect + app before using the headphones, and we will do so. 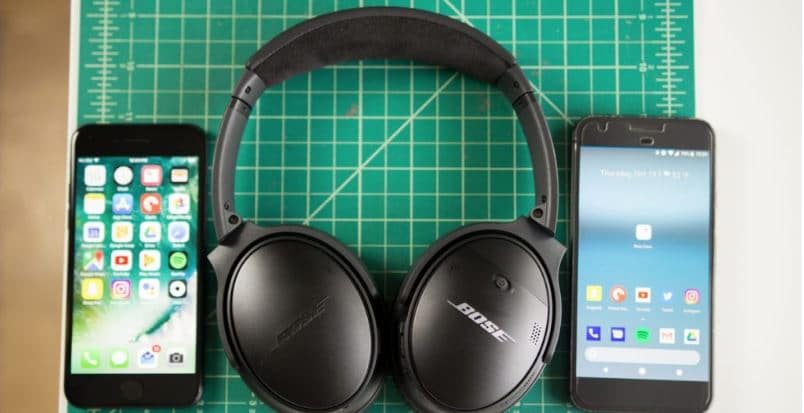 After you have installed the Bose Connect + app, you need to pair the headphones with the phone, you can do this as usual, or using the special interactive instructions in the application. At the same time, the phone with the help of voice guidance will prompt you how to do this, this is the first time I see such a function and it works great.

After pairing in the application, you will be asked to select the language and your nickname, after which you will be taken to the settings of Google Assistant. After that, the button on the right headphone cup will start working, by pressing it you can activate the Google Assistant and ask him any question or give instructions.

You might think that in the mechanism of work there is no difference with any other headphones, but all the most interesting is in the details. When you press the call button for the voice assistant (provided that you have the Bose Connect + app installed), you can start talking immediately and the assistant will hear everything you told him. In all other headphones, you need to wait a couple of seconds until the Google Assistant starts on the phone and only after that start a dialogue with it. It would seem that such an insignificant detail, but how much it affects the comfort of use. But there is still something to strive for, you can ask a question right after you clicked on the button, but the answer will have to wait a few seconds because it is processed on Google’s servers and sent back to your phone. A good start, but no limit to perfection.

Now the Google Assistant is not the only new feature in the Bose QC35 II. In the Bose Connect + application, you can reassign the “Action” button on the left bowl to control active noise reduction, which is now adjustable at three levels: high, low, or off. Let me remind you that in the previous Bose QC35 model you could not control the noise reduction, it always worked, it could not even be turned off. Now such a function has appeared and many thanks for that.

If you own an iPhone, you need to install a separate Google Assistant application so that the right button on the headphones starts working, after which you will have the opportunity to choose which voice assistant you want to communicate with: Siri or Google Assistant.

Now, regarding the stability of the connection of the headphones to the phone via Bluetooth, there are no problems at all. It doesn’t matter where my phone was, in my pocket or in the far corner of the room, the headphones worked very stably and during the week of testing I did not notice a single disconnection or interference. You can listen to music, talk on the phone, no matter what – the connection has always been stable. If it is extremely important for you that the headphones behave as stably as possible during a phone call, the Bose QC35 II is designed for you. 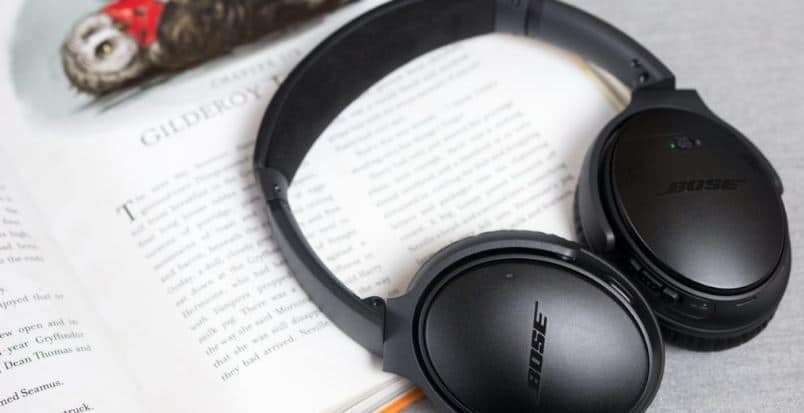 The Bose QC35 II model adopted the best that its predecessor had – these are some of the most comfortable headphones that are sold today in stores. If in reviews of many other full-size headphones I had to look for a comfortable fit, then here it’s enough just to put the headphones on your head and forget about them. On the head they sit perfectly, the ears are completely placed inside the ear cushions. The headband hardly presses on the top of the head, in the Bose QC35 II you can sit all day and not feel any discomfort. Surprisingly, other manufacturers have not yet copied the Bose QC35 II form, because it is almost perfect.

The headphones have a folding design, you can remove them from your head and put them in a backpack or purse, there will be no problems, but I still recommend using a complete case, because it is not only convenient but also protects the headphones from external influences, so you can significantly extend their life and maintain a great appearance. 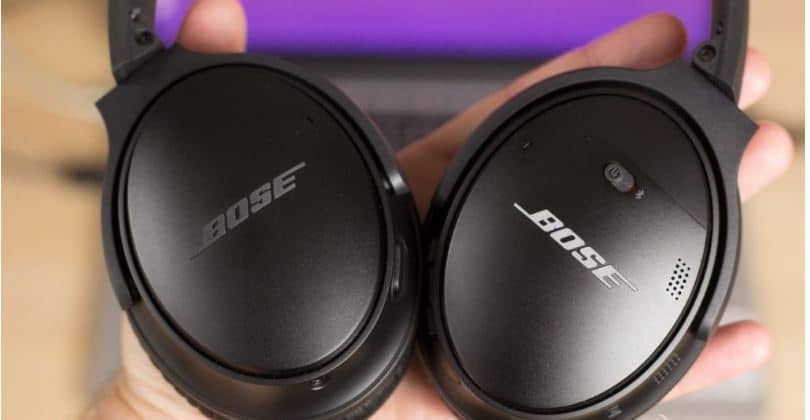 The battery life has not changed compared to the previous model and is approximately 20 hours. During testing, I got 15 hours and 46 minutes of work spending 80% of the battery charge on it, so if you don’t listen to the headphones at maximum volume, you will get the treasured 20 hours of work. 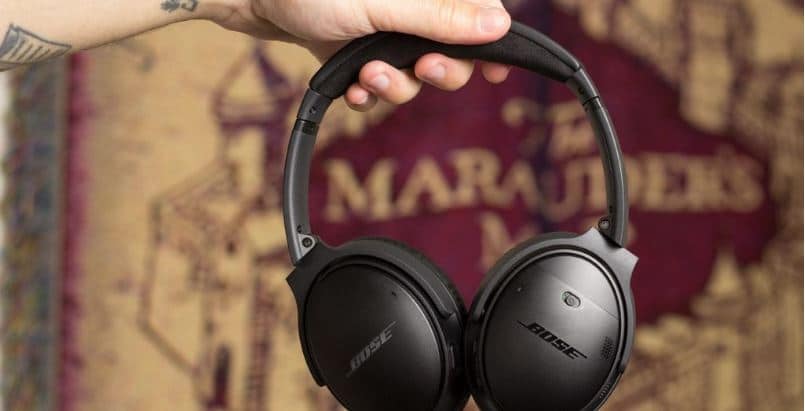 Since the release of the original model, time has passed, new codecs for wireless music transfer such as LDAC and aptXHD have burst onto the market, and now it is a quality standard. Unfortunately, the Bose QC35 II model does not support them, which means that it makes no sense to buy and listen to music in Hi-Res quality, in these headphones you will not hear the difference, because they use the standard SBC codec for data transfer and I think this is one of the main disadvantages of the Bose QC35 II. In fairness, I’ll say that there are not many phones on the market that support the LDAC, aptX and aptXHD codecs, so even if the headphones supported them and your phone didn’t, you would get exactly the same sound quality, because SBC codec would be used. The Bose QC35 II headphones are not for audiophiles.

The sound of the Bose QC35 II headphones was uniquely tuned in order to hit a typical modern listener – the abundance of low frequencies cannot be hidden, the Bose QC35 II try their best to hit you with bass, which at times overshadows all other frequencies. I decided to test the bass on the track “We Just Haven’t Met Yet” from Russ and I noticed that they became cleaner and firmer compared to the previous version of the headphones. Previously, in a certain situation, the bass began to “lock” the sound, now it is fixed. Although there is still a lot of basses, it has become more detailed, clean and does not interfere much with listening to other frequencies.

Mid frequencies sound clean, clear and without serious distortion. It is pleasant to listen to the vocals, voices are soft without spurious noises and distortions. But do not forget that the headphones are primarily designed and tuned to listen to modern electronic music.

At heart, I hoped that in the new revision of the headphones I could distinguish more background sounds and shades of instruments, but this did not happen. This is partly to blame for the standard SBC codec and partly for adjusting the sound for bass lovers. But overall the headphones sound good. 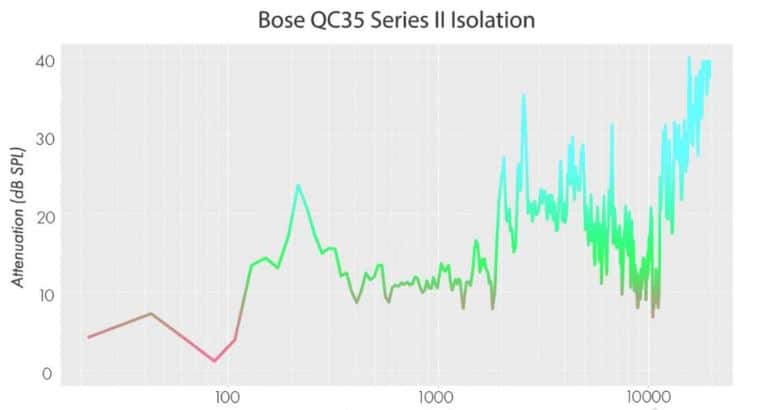 Active noise cancellation was the strong point of the Bose headphones. This time everything remained in its place, the noise reduction in the Bose QC35 II remained as good as in the previous model, maybe even it has become a little more efficient.

In the diagram above, you see frequencies whose volume has been markedly reduced by the active noise reduction function. Green and blue color indicate that it has become much quieter, and those frequencies with which the squelch could not cope are highlighted in red.

Measurements were carried out using a model of the human head, in which microphones were installed in place of the ears.

As you can see, the Bose QC35 II somehow showed very high efficiency, one of the best in the market of consumer audio equipment today. Competition can make except Sony WH-1000X M2 or the Sony the MDR-1000X.

In general, the Bose QC35 II is the same Bose QC35, but with a cleaner bass sound, slightly improved active noise reduction and support for Google Assistant. Nothing else has changed in the headphones, and probably this is for the better.

Of course, I would like the Bose QC35 II to support LDAC, aptX and aptXHD codecs for transmitting sound with the highest quality, but this is not. Nevertheless, I can safely say that these are some of the best wireless full-size headphones with active noise reduction.

But as for the price tag – it’s a bit tall in my opinion, but if you can afford to pay $ 350 for wireless headphones, then why not treat yourself?

Once again I note that the headphones are very convenient and they will be indispensable for using them on trips. 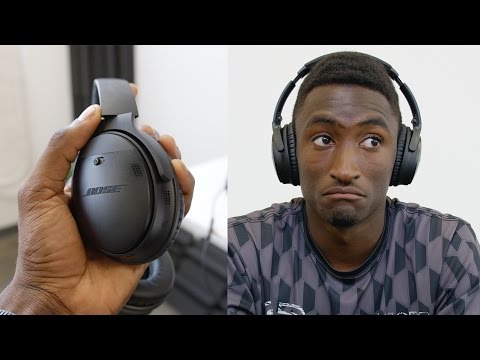 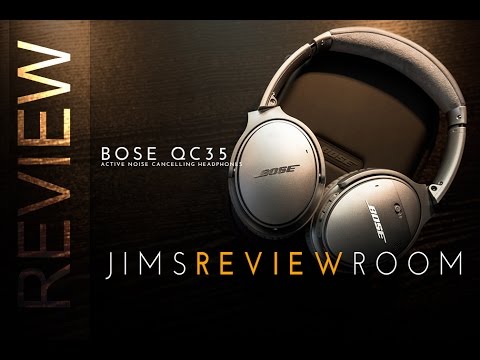 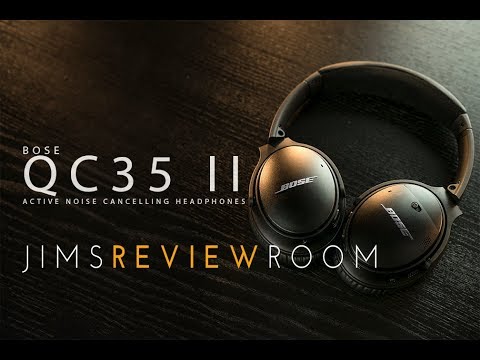